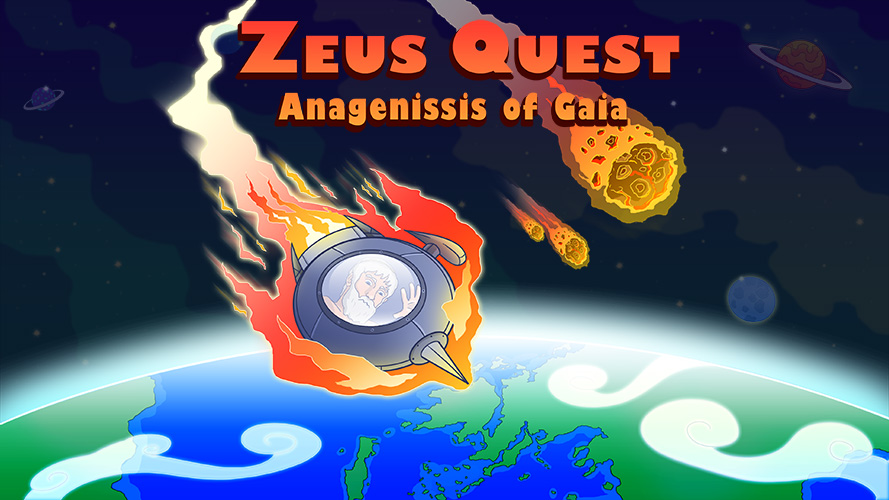 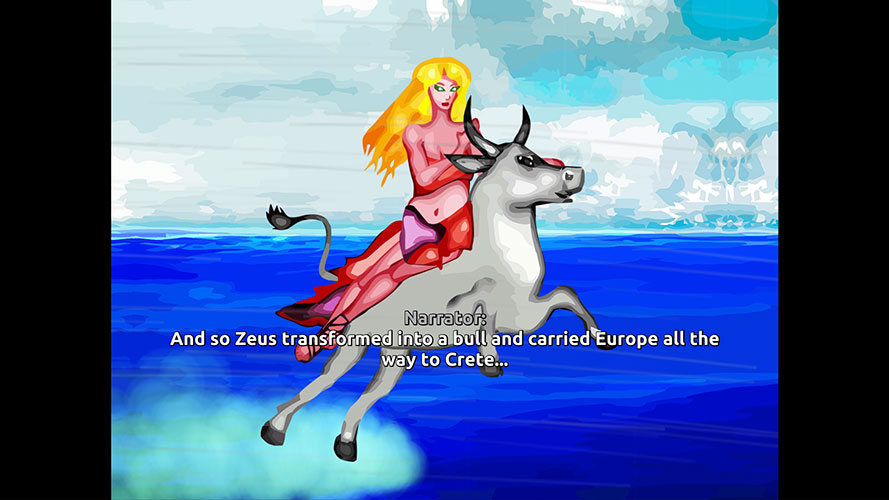 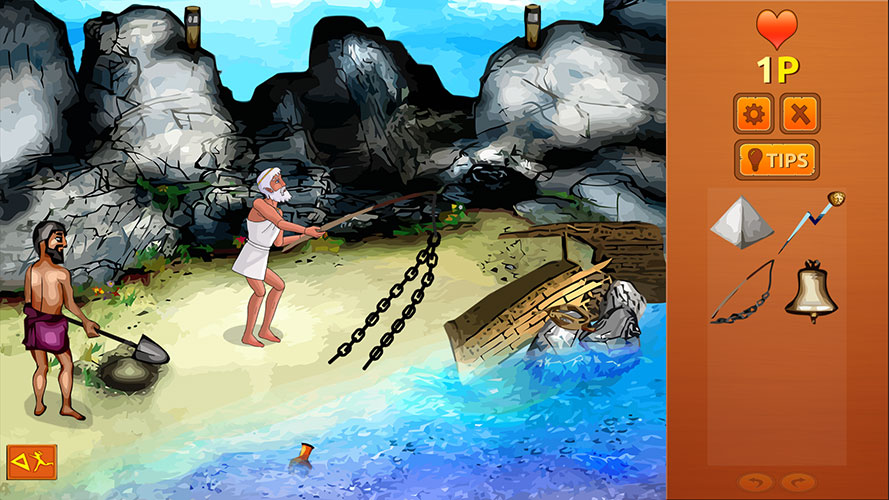 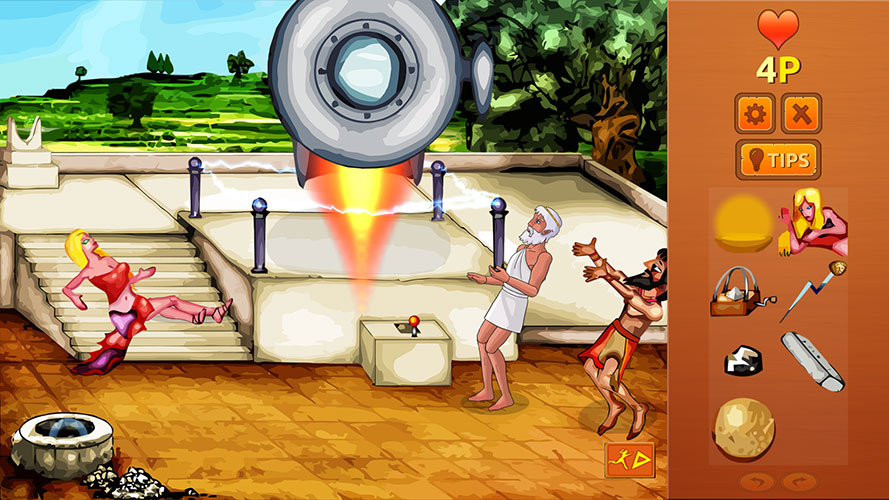 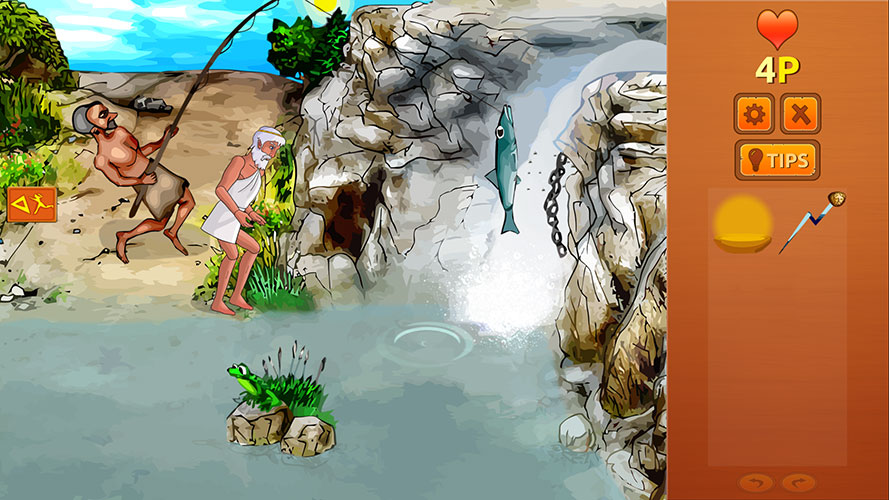 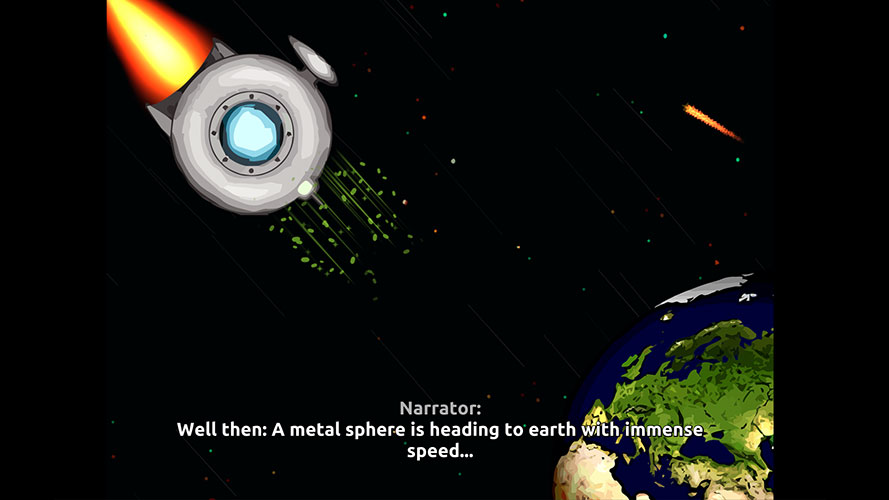 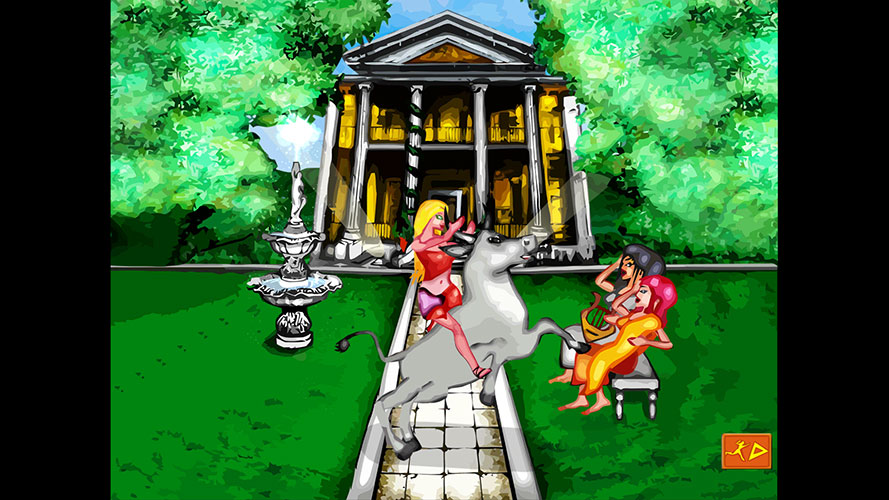 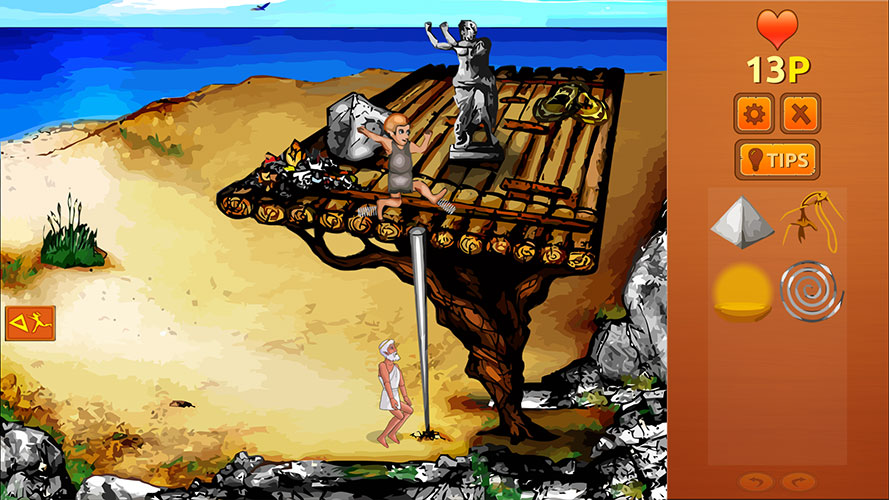 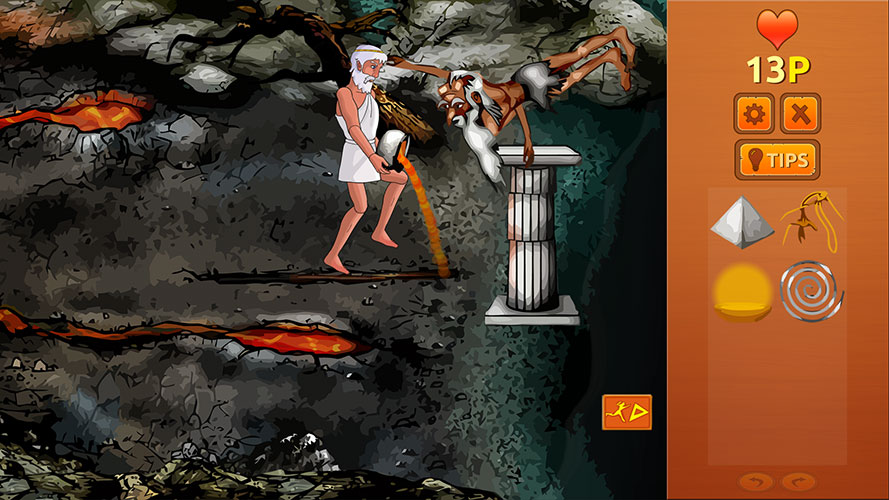 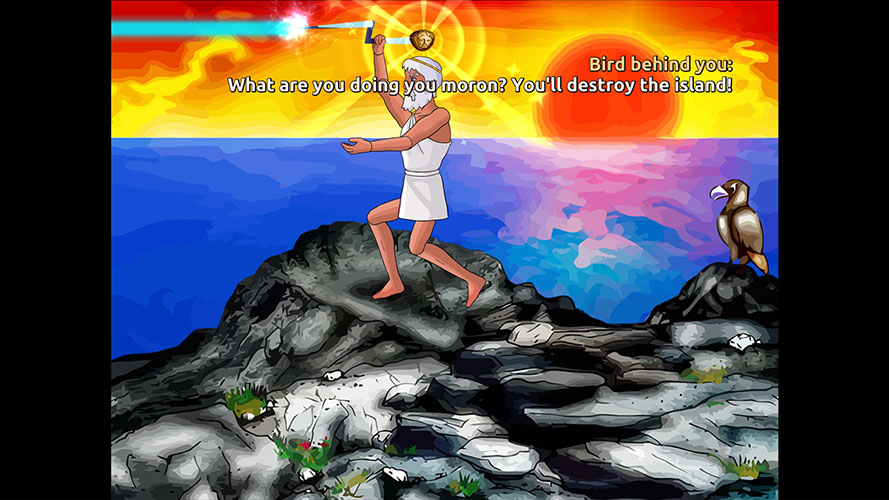 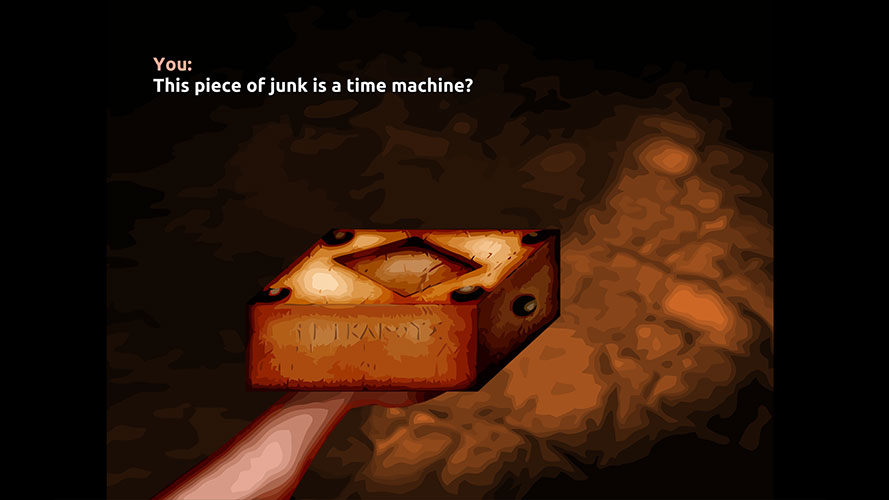 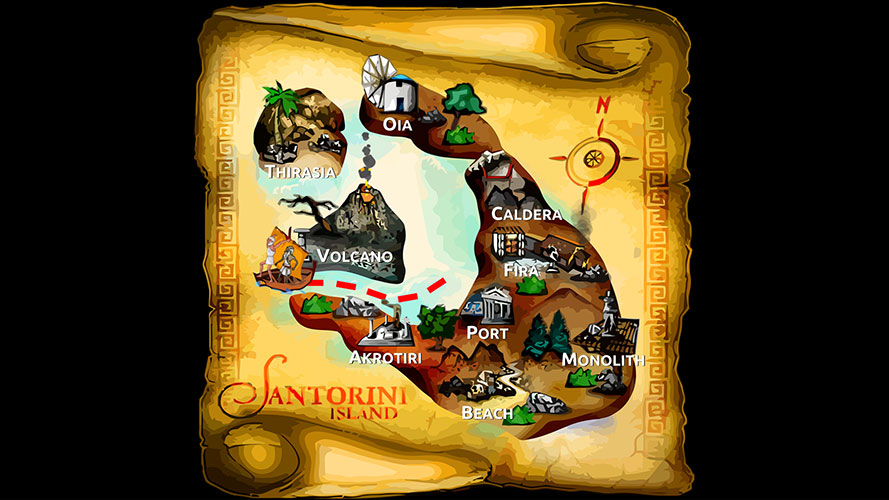 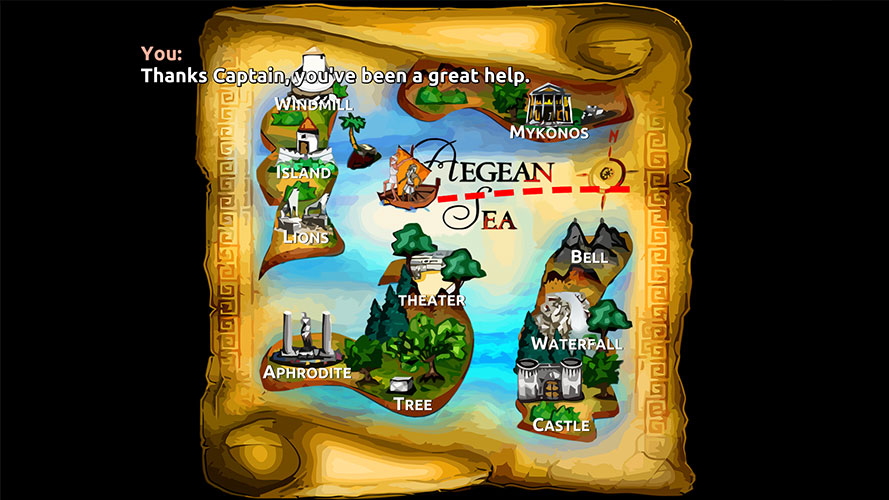 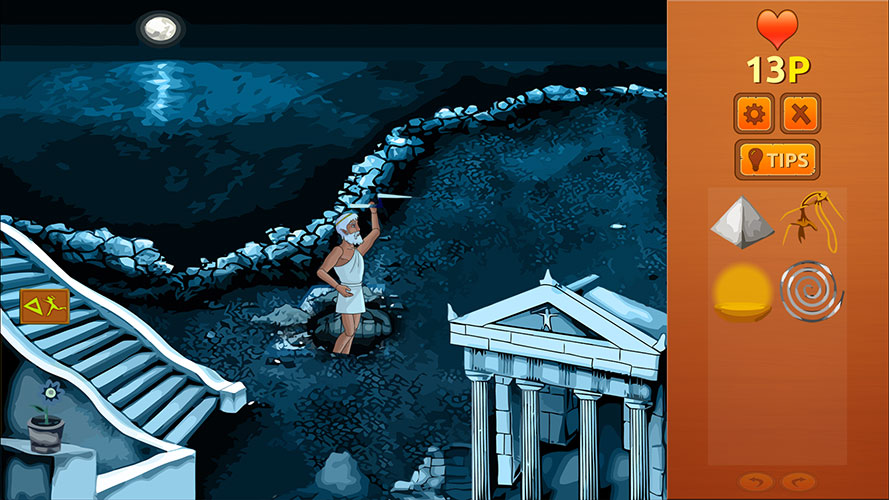 'Zeus Quests Remastered' is a silly point and click adventure game with light-hearted humour. It combines Greek Mythology with Sci-Fi in a twisted way! This remake is fully animated with 60FPS, silly vector FHD graphics and super silly dialogs.

You control Zeus (Boss of Olympus) which is a wacky character. He tries to fix a time machine to save the planet from explosion. Everything happens in Greek mythology timeframe. The characters and dialogues are silly and translated into 6 languages. There is English Voice over in some cut scenes. Everything is fully animated with 60fps. We use Vector art, a unique cartoonish style.

DETAILS:
Zeus, the boss of Olympus is summoned back to earth by an ancient security mechanism. The story starts with Zeus flying his spaceship and landing it in the bottom of the Santorini Ocean. In Santorini he will interact with dozens of crazy characters and solve many smart puzzles. The game is big, full length. He will visit Oia, Akrotiri, Fira, Caldera, Volcano and many more places until he finally discovers his super weapon, the thunder and the time machine box. But even then the task is far from over, he will have to set sail to another cluster of Greek islands, Milos, Karpathos, Mykonos and Delos. There he has to find the scattered pieces of the time machine so that he can use it to save the planet. There he will even abduct Europe transformed into a bull (mythology) and take her to Minoan Crete in the Knossos timeframe. There he will enter the famous labyrinth of Knossos, go to Festos and find the missing pieces to complete the mission.

Available only as downloadable content for the New 3DS. You can buy this version from the Nintendo eShop (Europe and America regions)